Our favorite ‘immature’ adults are back; Grown Ups 2 is set to release this month. 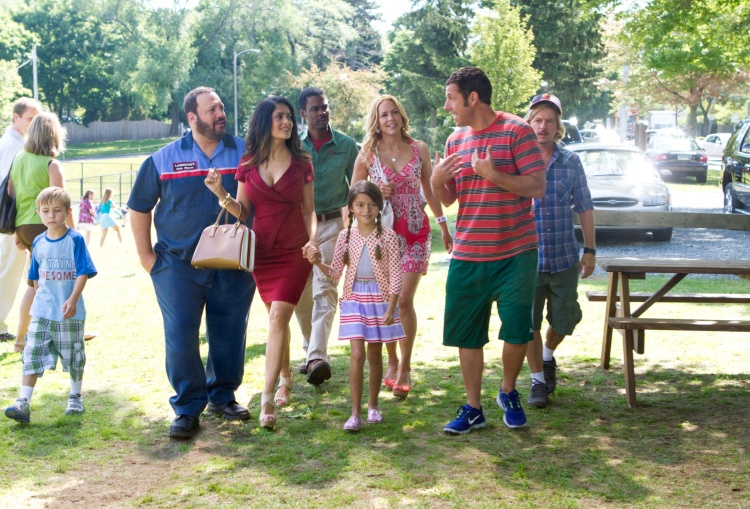 After having the greatest time of his life three summers ago, Lenny (Adam Sandler) decides he wants to move his family back to his hometown and have them grow up with his gang of childhood friends and their kids.  They’ll face new challenges and meet new friends in the next chapter of the epic story of refusing to grow up.

Well, the synopsis and credits are so promising, we can’t help but admit that we are actually looking forward to this one. 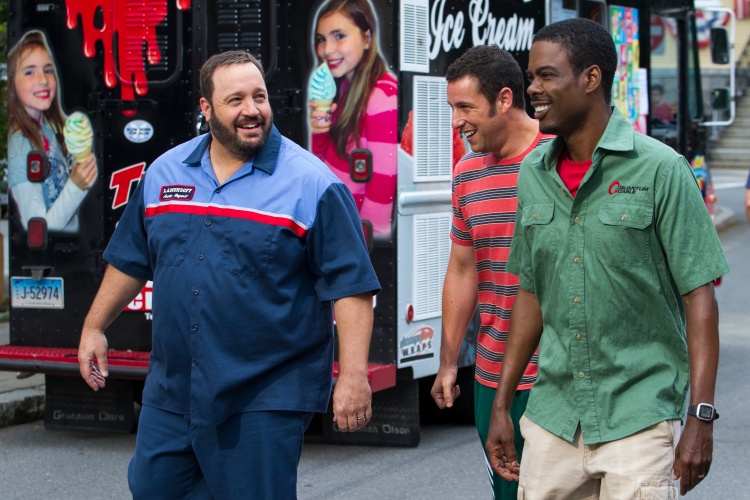 Director Dugan spills the beans on the movie: “It was just exciting to bring everybody back together… All the characters and relationships were so rich and funny, we knew there were lots more stories to be told.  It’s like visiting old friends.”

Comedian and actor Chris Rock is also upbeat about starring with and competing against the super-charged star cast.

There is something about nostalgia and childhood memories that always sparks the emotions in an audience, and sets the box-office on fire.

It happened with the exceptional success of Grown Ups, and seems like Grown Ups 2 will follow suit as well.

“One of the things the movie is about is these guys re-living their youth a bit, and now that they’re grown up, they’re facing up to the things they never dealt with when they were young,” states Kevin James.

And look how true it is. Each one of us longs to re-live or re-create the past, and see how it turns out in the present day scenario. 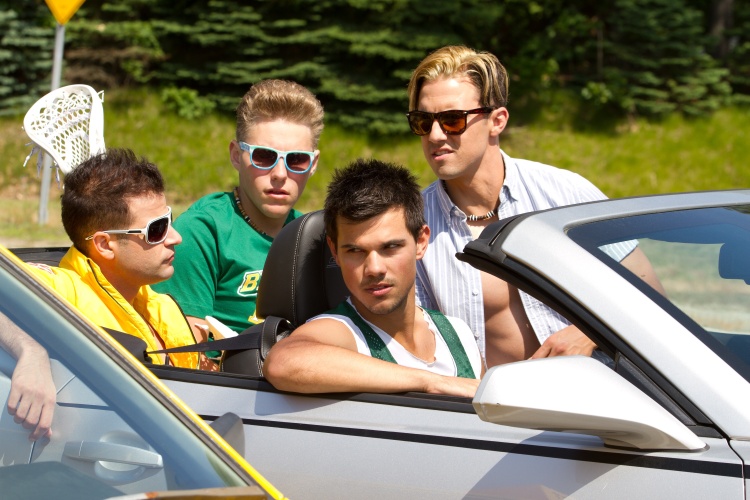 While Lautner divulges about his character by stating that his “character and his friends aren’t the nicest guys, but that’s part of the fun of the movie,” Shaquille O’Neal’s character is that of Officer Fluzoo in the movie.

The basketball legend, who is a master on court, was a bit nervous about acting: “In my first scene, I was actually kind of nervous – I had to put myself in basketball mode.  I saw Adam, Chris, and David, and I said to myself, ‘OK, there’s Jordan, there’s Bird, there’s Magic.  Just go do what you do, Shaq.’  And I did what I do, and I hope everyone enjoys the movie,” he states.

Here’s hoping that Grown Ups 2 not only tickles the funny bone in the audiences, but also manages to be successful enough to inspire another sequel!