How right was the British poet Keats when he penned those famous words: “A thing of beauty is a joy for ever”.

The viewer watching the biopic ‘Renoir’ will readily agree as this sun-fun-frolic-sound laced film lazily traces the story of Andree Heuschling [Christa Theret] and her turning into the mesmerizing Muse not only for the sensualist 74 year old painter, Piere-Auguste Renoir, but also for his 21 year old son, Jean Renoir [Vincent rottiers], the soon-to-be famous filmmaker.

A three-pronged tribute to a painter, a film-maker and a voluptuous high strung beauty who enters the Renoir house with ambitions at fame and name, Gilles Bourdos‘ wonderful tribute wows the enchanted viewer with terrific visuals.

Piere needs just that touch of raw energy of this wild rose, the curvy teenager to give his arthritic ridden frame that much needed mental jolt to get renewed enthusiasm for brush-wielding and sighing “too early too late”, hinting at the age difference that cannot make them lovers.

To the old painter flesh is all that matters and this breath taking model has it all as she lies exposed in his home or garden, her curves a real delight.

And before regret could torment this eye candy enters the old man’s son, Jean, battered from the war but still a charming young heir to fortune. 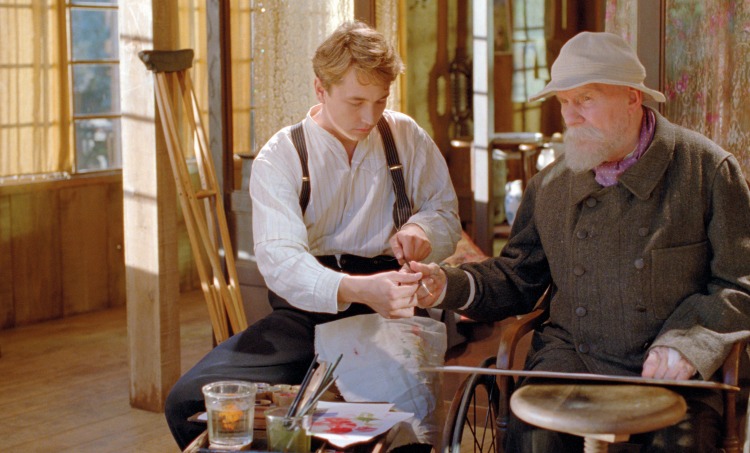 It is to be the young girl’s task to awaken passion in his young heart to possess her as also to blaze for him the purpose-path, a career – much against old man’s wish – in film-making.

Cinematography is the chief stay of this beautiful biopic as the deft hand of cameraman Mark Ping Bing Lee rings alive the sun soaked scenery, the play of light as it gets absorbed in the “velvety texture of a young girl’s skin” to inflame the old man, the deft close ups of his forefingers as he paints in Renoir style and seamlessly transporting them – in that typical body-double vein – to the wheel chair bound painter.