RSS feed for this section
This category contains 75 posts

A simple tale of Klondike gold rush, set in an exotic location, Gold revolves round a bunch of German immigrants hell-bent to dissipate the misery of life by finding that bright yellow metal which has been both the bane and boon of similar perilous searches. This story of gold rush is replete with repetitive themes barring … Continue reading →

Digressions into semantics of ‘sequel’ or prequel’ apart “300: Rise Of An Empire”, a stylized action film can well be termed as a ‘porn-quel’ with its penchant for crazy sex, welcoming intercourse while busy in combat, showcasing breasts that bulge out, and merrily shoving sharpened blades in guts. A blood-soaked, gory-and-brutal in its handling of … Continue reading →

An action comedy that juxtaposes an unfriendly slow-in-speech man [Ice Cube] with entertainingly funny but rapid-and-fast-speech person [Kevin Hart], Ride Along is a joy ride through and through. Don’t let the fact that Kevin Hart is a short statured fellow—yes, we met him at the red carpet premiere in Sydney on March 6th—get in your … Continue reading →

Under The Rainbow – Review

Adroitly scripted and brilliantly acted, the erstwhile real life couple Jaoui-Pierre film Under The Rainbow has Gallicism at its comic best. Replete not only with witty humor but also with love, life, romance, digression galore and edgy one-liners, the movie strives to appeal across the many age divides. 110 minutes of reel time notwithstanding, Under The … Continue reading →

Want to up rise from your allotted seats and file outta theatre? Then go ahead and watch Michael Kohlhaas, a sickening adaptation of a glorious historic drama. For after a while in front of the screen, you may end up leading an impromptu uprising the minute Denis Lavant makes his disappearance act. For then Mads … Continue reading →

An ode to the sport of wrestling, Wrestling Queen is all the way an engrossing laugh riot brimming over with that emotional connect which endears it to one and all. Eager to forge ties with Michael, the 11 year old child she conceived as a teenager and put in foster care, 30 year old mother … Continue reading →

Okay. So, who here feels that Life can’t begin after 60? Huh?! Well folks, the French through their cinema are adamant on proving that it can! And Bright Days Ahead goes on to prove just that. A touching old-age-sex-overdose drama that captures the vicissitude of the vivacious icon of French cinema Fanny Ardant as she … Continue reading →

First of all, New Year greetings from Down Under. This is our first movie post of the year, and apologies to followers for not posting for a while. Hmmm, so myths, dragons, sorcery, supernatural, Huh?! Keanu Reeves sure seems to be in love with the alternate universe: Constantine, Matrix, The Day The Earth Stood Still, … Continue reading →

In its quintessence, 20 Feet From Stardom being the expose of the glamour world’s deceptions, twists and exploitations, it nevertheless is nothing short of being a joyous depiction—by way of interesting stories, anecdotes, archival footage and live interviews of celebrities and back-up singers—of triumph, of heartache, and of ambition gone awry. The official synopsis by … Continue reading →

When two differently skilled cops – with attitude problems peculiar to each – are forced by circumstances to work together, the outcome expected could be anything but hilarious. Yet ‘The Heat‘, a riotously funny, buddy cop action comedy belies this assumption -TOTALLY. Sara Ashburn [Sandra bullock], an upright but highly ambitious FBI Agent, with known … Continue reading →

If as a child of four or thereabouts you loved playing with GIJoe toys, emitting crazy sounds of glee while mentally enacting scenes of defeat of Cobra after the yells, the “dishm-dishm”, the “whoom-whoom”, the smash-squash, then this movie is for you. As a kid I did enact such sounds playing with my set of … Continue reading →

As one settles to watch Movie43, one has to pinch oneself to ask: are they watching a real movie or is the apparition of a Hollywood film making on screen debut? Seeming to be the laboured effort of an inspiration gone horribly wrong , the sketch comedy anthology Movie43 may succeed in wringing laughs out of precocious ten year olds but … Continue reading →

A pulsating, nerve shattering biographical action thriller that starts with a proverbial whimper-like-lameness and ends with a resounding bang, ‘Captain Phillips‘ imprints on the viewer’s mind and heart feelings bordering on awe, admiration, and distaste at the harrowing disparity among humans on different planes though habitating the same mother earth. The film is remarkable for … Continue reading →

A take on love, life, togetherness, Cupcakes is an exhilaration fueled charming romp, that at the same time scans seriously the topic of gay sex, a topic hitherto locked in the closet. The short film also toasts with a sensitive nonchalance the current fad of living life, not to pander to societal whims or prudish … Continue reading →

In drama genre, Cosimo and Nicole is an engaging spectacle kindling the flame of pure passionate love in the heart of two young people, Cosimo & Nicole. Genoa G8 protests bring Cosimo [Riccardo Scamarcio] and the beautiful Nicole [Clara Ponsot]  face to face and the ever watchful Cupid darts the unfailing arrow. They fall for each … Continue reading →

How right was the British poet Keats when he penned those famous words: “A thing of beauty is a joy for ever”. The viewer watching the biopic ‘Renoir’ will readily agree as this sun-fun-frolic-sound laced film lazily traces the story of Andree Heuschling [Christa Theret] and her turning into the mesmerizing Muse not only for the … Continue reading →

The Human Cargo: Here’s the next movie in our reviewing journey of the Lavazza Italian Film Festival 2013. A film that adroitly captures through the lens a leaf out of history concerning part socio-political and part economic upheavals that rocked Albania during 1991, The Human Cargo sophisticatedly enough unveils that period human drama for current generation. … Continue reading →

It took a while for it to dawn on me, what to write, that is. Is wasn’t so much as what to write, but more of from where to begin. And then my brain cajoled me, after staring half an hour at a black screen with the cursor ticking, telling me its about time [pun … Continue reading →

If you are too grouchy, too smug or a toddling kid, sit back home and don’t view the movie which is better than viewing it and saying: ‘Oh Jesus! What a stupid mess!’ For R.I.P.D. is in a class apart, fit only for the young at heart, the likes of P.G. Wodehouse, the self acknowledged Brit of “arrested … Continue reading →

Humorous moments, intriguing ideas, magnificent concepts are sacrificed at the altar of kill-joy explanations in Mortal Instruments. Perhaps not all great books end in a great movie. And for once we are disappointed that the movie did show a beast dog in the movie; we would be ashamed to be a part of Mortal Instruments, … Continue reading → 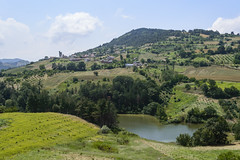 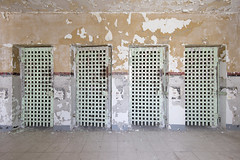 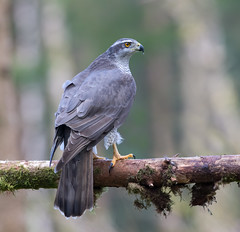 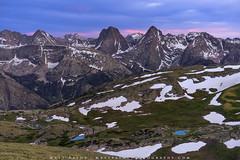 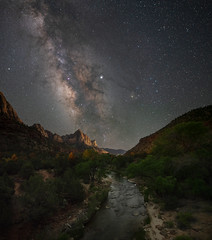 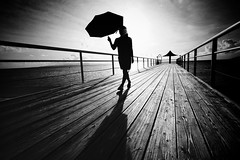